Written byShahriar Kia
15th August 2020
Political prisoner Abbas Mohammadi, a protester detained during the nationwide Iran protests in 2018, has been transferred to solitary confinement and his execution is imminent.

Abbas and four other protesters detained since 2018 are sentenced to two times execution on the charges of “waging war on God”. The five men, all in their 20s, have said to the court that they were tortured to make confessions.
In late July 2020, the regime’s Supreme Court upheld the death sentences of Abbas Mohammadi, and four other men who were arrested during the December 2017 and January 2018 protests.
The names of the four men whose death sentences have been upheld by the Supreme Court in Isfahan are Mehdi Salehi Ghale Shahrokhi, Mohammad Bastami, Majid Nazari Kondori, and Hadi Kiani.
Abbas Mohammadi is a father of 2 children. 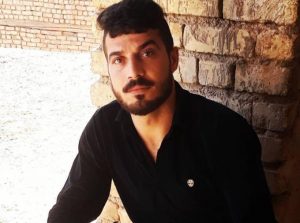 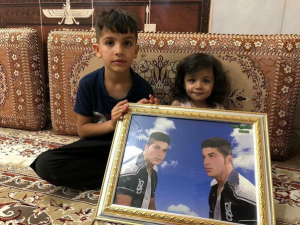 The People’s Mojahedin Organization of Iran (PMOI-MEK) call on all compatriots in Iran and abroad and call on all the international community to urgently intervene to stop the execution of Abbas Mohammadi and other protesters, and save the lives of Iran protesters and political prisoners sentenced to death. Iran’s ruling regime must be strongly censured for its continued torture, arbitrary executions, especially of the political prisoners.
On August 5, 2020, the clerical regime hanged Mostafa Salehi, one of the prisoners of the Dec 2017-January 2018 uprising, in Dastgerd prison in Isfahan. Salehi, 30, was arrested in Kahrizsang, Isfahan, and sentenced to death during a sham trial for “leading the Kahrizsang riots in Najafabad.”
Mrs. Maryam Rajavi, President-elect of the National Council of Resistance of Iran (NCRI), strongly condemned the barbaric hanging of Mr. Salehi and said: Reluctantly forced to refrain from executing eight other detained protesters subsequent to the millions-strong social media campaign calling for the halt in executions, the ruling religious fascism carried out this execution in retaliation and in order to terrorize the public and thwart the outbreak of an uprising.
Mrs. Rajavi urged the United Nations and its member states, as well as international organizations and institutions to immediately condemn this criminal execution. She emphasized that more than any other time, it is imperative to dispatch an international fact-finding mission to visit Iranian prisons and meet with prisoners.