ril 27, 1981, has been registered under the name of brave mothers in the history of Iranian women’s struggle.

On this day, these courageous women put their lives on the line to expose the crimes of the regime’s Revolutionary Guard Corps (IRGC) in suppressing every voice of dissent.

Brave mothers supporting the main Iranian opposition, the People’s Mojahedin Organization of Iran (PMOI/MEK), called for a peaceful demonstration to protest the attacks by Khomeini’s revolutionary guards and club wielders on PMOI supporters, dozens of whom had been killed across Iran.

In mid-April, the Revolutionary Guards had killed at least eight PMOI supporters including three young women, Somayyeh Noghreh Khaja and Fatemeh Rahimi in Qa’emshahr, and Fatemeh Karimi in Karaj. 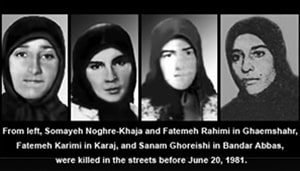 On April 27, 1981, some 200,000 of Tehran residents participated in a demonstration called for by the Association of Mothers supporting the People’s Mojahedin Organization of Iran.

The regime, surprised by the enormous tide of brave women and the people who supported them, mobilized the IRGC to crack down on the protest.

The Revolutionary Guards attacked the protest by brave mothers supporting the PMOI, and killed two PMOI supporters, a student and a worker. Dozens of women were wounded. But the repressive forces could not stop the protesters from moving on to their destination.

Many of the brave mothers who participated in this protest demonstration were later arrested and executed by the regime.

The protest on April 27, 1981, was launched without prior public notice. The brave mothers sponsoring the demonstration had personally informed their friends, relatives and acquaintances to participate. A large crowd consisted of various strata joined the mothers whose protest and march was successfully launched by active participation of women. 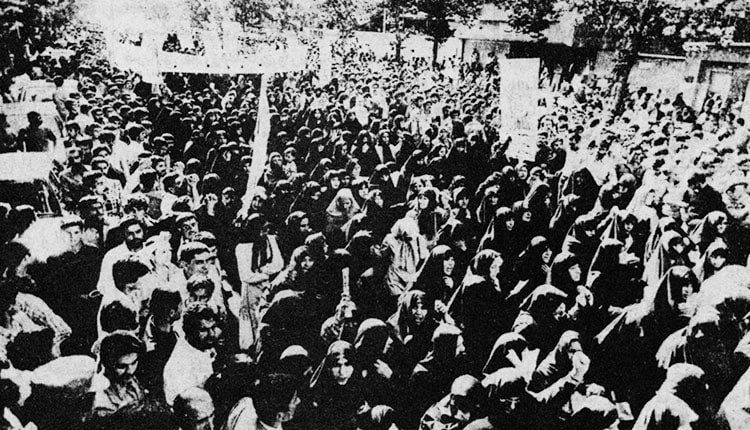 Tear gas used by the Revolutionary Guards to disperse the crowd harmed a number of elderly mothers. Some of them were near death when people took them to their houses and gave them treatment. But the mothers were very resilient.

Elderly Mother Abrishamchi (Farahanchi) suffered greatly after IRGC lobbed tear gas into the crowd of mothers, but she did not calm down. She was crying out, “Let me go. Let me die. Let the world know what a criminal Khomeini is.”

Another mother whose young child was coughing badly due to tear gas was not willing to leave. The courage and dedication of these brave mothers who had come to expose and protest the crimes of the IRGC were amazing.

The director of the Association of Mothers explained, “On April 27, (1981,) all mothers left home early and gathered in the house of the Mother of the martyred Rezaii’s. They wrote their last wills. I can remember the heroine mother, Massoumeh Shademani, saying, ‘I would love to among those who have to give their lives (for freedom).’”