Written by Mansoureh Galestan on 10 January 2020.

United States officials have “high confidence” that an Iranian regime antiaircraft missile brought down a Ukrainian passenger jet near Tehran, resulting in 176 deaths.The Washington Post, quoted an anonymous official as saying: “U.S. authorities believe the plane was hit by a SA-15 surface-to-air missile, a Russian-made system is also known as a Tor air-defense system.”

This attack happened on the same day as the regime’s so-called “retaliation” against the U.S. for killing Qassem Soleimani, head of the regime’s Islamic Revolutionary Guards Corps (IRGC) Quds Force, on January 3 in an airstrike in Iraq.

According to the Washington Post: “Ukrainian investigators said they were considering the possibility that an antiaircraft missile brought down a Kyiv-bound passenger jet.”

The Iranian regime has declined to cooperate with investigators, which is indicative of its involvement in this incident. The regime has so far refused to hand over the black box of the crashed Ukrainian airliner to Boeing, the airplane manufacturer.

Ukraine’s embassy in Iran dropped an initial reference to engine failure as the cause of the airplane crash.

Mrs. Maryam Rajavi, the president-elect of the National Council of Resistance of Iran (NCRI), offered her condolences to the families and survivors of the airplane crash.

#MaryamRajavi: Friday, a day of mourning for the passengers of the plane shot down by the regime https://ncr-iran.org/en/9-uncategorised/27196-maryam-rajavi-friday-a-day-of-mourning-for-the-passengers-of-the-plane-shot-down-by-the-regime …#IranProtests #QassemSoleimani #FreeIran2020 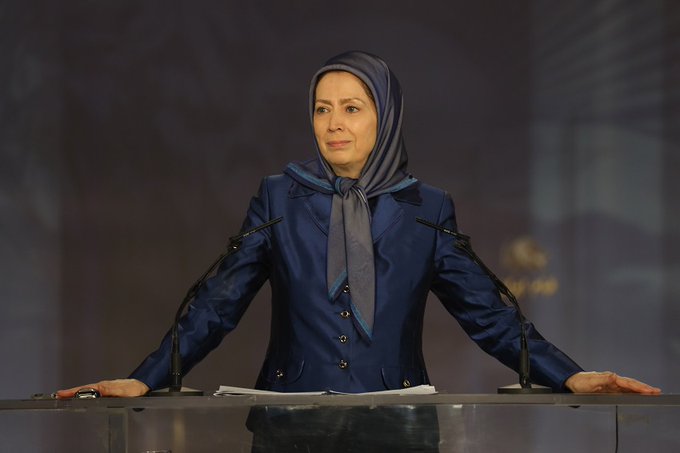 “Our thoughts and prayers are with the families and survivors of the victims of the disastrous plane crash this morning in #Tehran where 179 innocent people lost their lives. 147 of them were our own compatriots, including children, young people and the elderly in Iran,” Mrs. Rajavi said in a tweet.

Referring to the regime’s failed attempt of retaliation and bogus claims of victory in launching missiles on two U.S. bases in Iraq and the harsh words of the regime’s supreme leader, Ali Khamenei, against the Albanian government for hosting the People’s Mojahedin Organization of Iran (PMOI, Mujahedin Khalq or MEK) Mrs. Rajavi said: “Ali Khamenei cannot confront the U.S. but finds an open hand in targeting and firing at the people of Iran on the ground and in air. Instead of the U.S., Khamenei took revenge from the people of Iran, and now, it is making threats against the PMOI/MEK in Albania.”