At the Free Iran Gathering in Paris on Saturday, many distinguished politicians came forward to support the Iranian people’s fight for regime change, including a delegation from Canada that included former Prime Minister Stephen Harper and former foreign minister John Baird.

Baird explained that the West has for too long tried to find an element of moderation within the Iranian Regime; an element that simply does not exist, but that appeasement must come to an end. 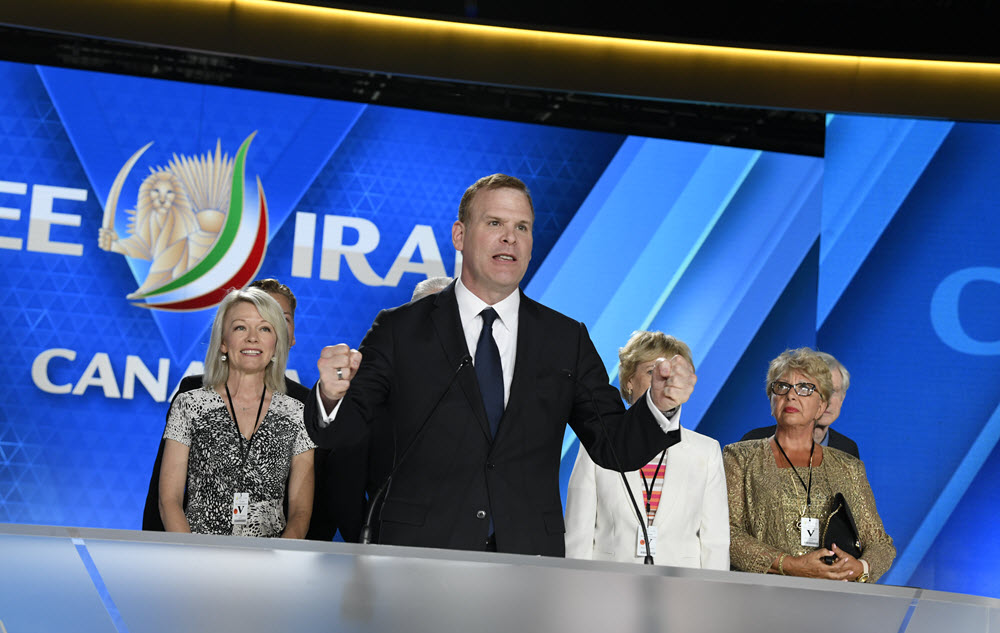 Harper agreed, noting that the Regime has shown that it cannot be trusted and the world should pay attention when the mullahs show their true colours.

Harper explained that under his government, Canada had adopted a harsh policy on the Iranian Regime, including sponsoring annual resolutions against Iran’s human rights abuses at the United Nations, introducing sanctions against the Revolutionary Guard and other regime entities, listing the Regime as a state sponsor of terrorism, allowing victims of the Regime’s atrocities to sue the mullahs, and cutting off diplomatic relations with Iran. He did this to support a foreign policy led by freedom, democracy, and human rights.

Both men had expressed their support for the American decision to withdraw from the flawed 2015 nuclear deal and signed a letter to the effect, citing that the money that the mullahs had gained from that deal was used to increase domestic repression, terrorism, and nuclear weapons development.

Harper advocated for an Iran run by and for the people of Iran and reminded them that they have immense support within the international community. 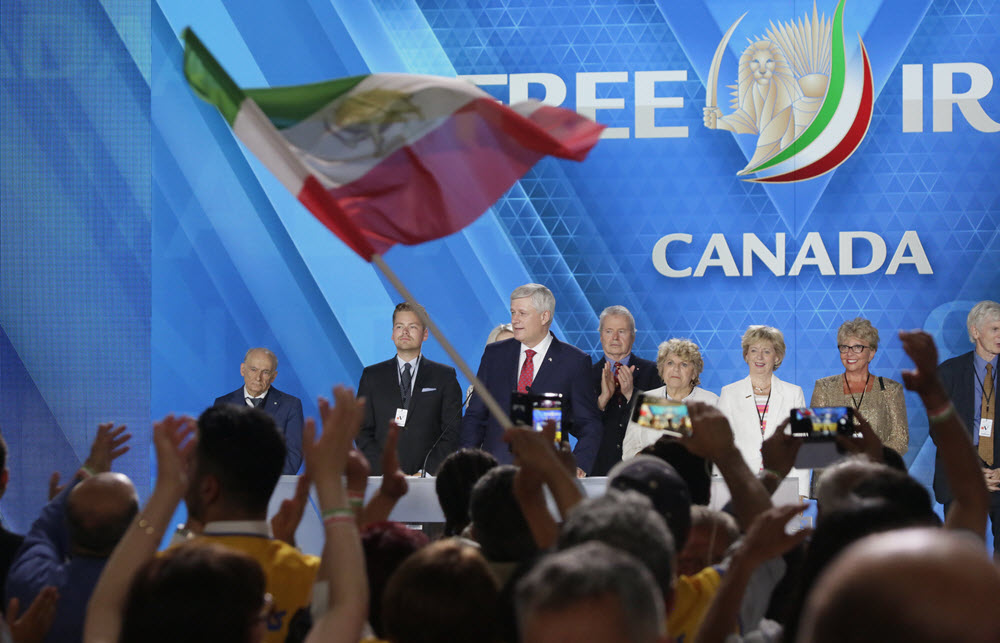 He said: “I am here today, not to tell Iranians who their future government should be. We are here to tell them that the future government of Iran must be the choice of a free people of Iran… I know that everyone here understands this, otherwise you would have long ago given up your dreams for a new and better Iran. Friends, do not give up hope. You have many friends, as today’s gathering shows, from all around the world, who want a new Iran. An Iran governed not by the hatreds of the past, but by the people’s aspirations for their future. A new Iran that stands proudly alongside the free nations of the world. A new Iran that I know and that you know will come to pass and will come someday soon. Keep up the fight.”

Baird agreed, noting that it was time for change in Iran, change by the Iranian people.

Iran’s Revealing Remarks About the PMOI/MEK and Grand Gathering in Paris By: Jubin Katiraie While the Iranian society is deeply troubled by the country’s economic […]

The Crises Engulfing Mullahs’ Regime In Iran From Its Officials’ Words

During the last year’s grand gathering of Iranians in Paris, Mrs. Maryam Rajavi, President-elect of the NCRI, stated:   “The light of change is shining on Iran.” “The […]

Looking deep into the past 39 years, it can be well understood that the Iranian regime has had a history of internal suppression, exporting terrorism […]