WASHINGTON, DC – On March 12, 2020, Iranian American communities of Maryland and Texas, members of Organization of the Iranian American Communities (OIAC), held a policy briefing in the U.S. Senate. The event examined the Iranian people’s uprising, prospects for change, and U.S. policy implication. The speakers called on the international community to hold Iranian regime accountable for human rights violations, international terrorism, and its failures to openly work with the international community during the current Corona virus outbreak. 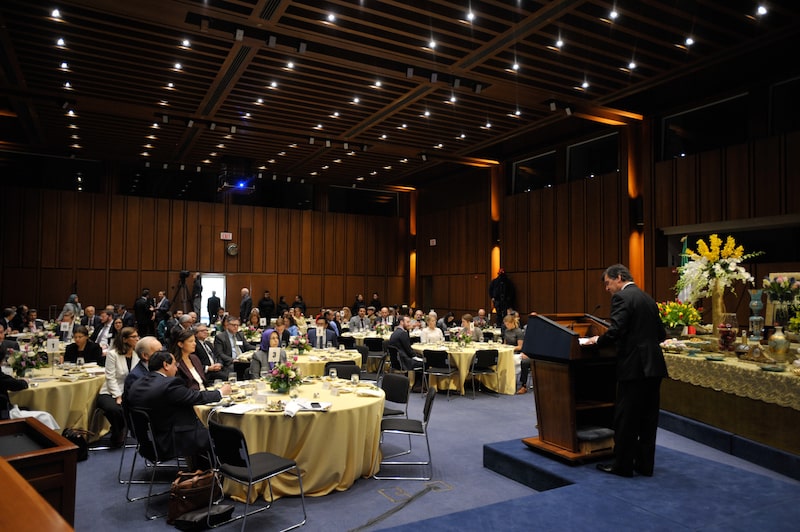 In a message to the conference, Mrs. Maryam Rajavi, the president-elect of the National Council of Resistance of Iran, which is the parliament-in-exile, said, “The regime officials concealed the presence of the coronavirus in Iran for several weeks to ensure a turnout in the sham parliamentary election.” She added, “Today, the people of Iran rightly blame the regime for the current situation. Therefore, the objective of the regime and its suppressive forces is to suppress people’s discontent. The regime’s fear and its suppressive measures are due to the fact that Iran is on the verge of change.” 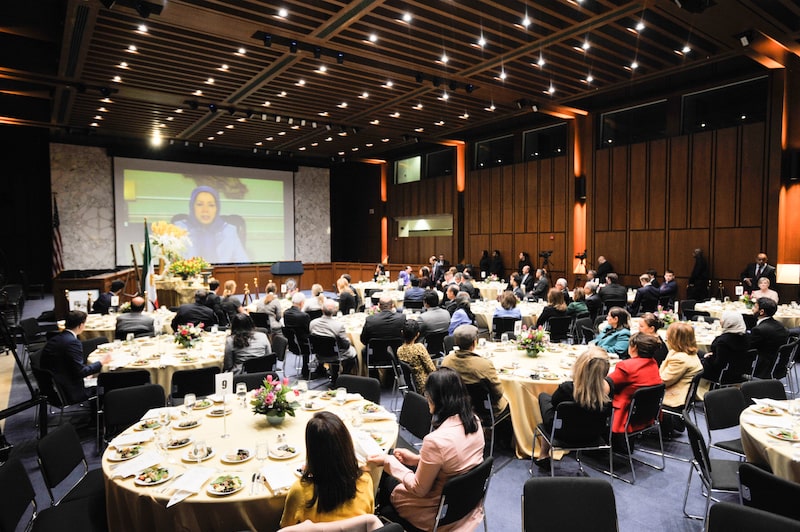 Mrs. Rajavi concluded, “Change in Iran is within reach for a number of reasons: The overwhelming majority of the Iranian people want fundamental change, and have demonstrated this desire repeatedly. The regime fears its downfall because it is engulfed in crises with no way out. The economic situation has worsened. Corruption is widespread. Popular discontent is on the rise. The regime cannot address the most basic needs of the people.”

In his remarks, Senator Ben Cardin (D-MD), senior member of the Senate Foreign Relations Committee, called the issue of human rights in Iran, a non-partisan issue on Capitol Hill. Addressing the Iranian Americans, the senator said, “We recognize that the Persian people are so committed to the right values universally. And that’s why the current regime in Iran is so tragic. It does not represent the people of Iran.” Mr. Cardin said, “it is well past time for this regime to end.” On Iranian regime sham election, he said, “We saw an attempt at elections in February that were neither free nor fair. It was an attempt to try to give some legitimacy to this regime that doesn’t deserve any legitimacy. We saw legitimate protests in November of last year on the policies of the government. And we saw the brutal repression by the government in preventing those individuals from exercising their God-given rights. It’s nothing new, it’s been going on for over 40 years.”

In a statement, Senator Ted Cruz (R-TX), member of the Senate Foreign Relations Committee, addressed the briefing by saying, “For decades, the men and women of Iran have suffered from brutal repression under the Ayatollah Khamenei and the Mullahs. But I believe one day Iran will be free, without the Ayatollah in power.” He added, “In the Senate, I have been a strong advocate for applying a maximum pressure campaign against the Iranian regime, to hold them accountable for their human rights abuses and once and for all end their reign of terror.” 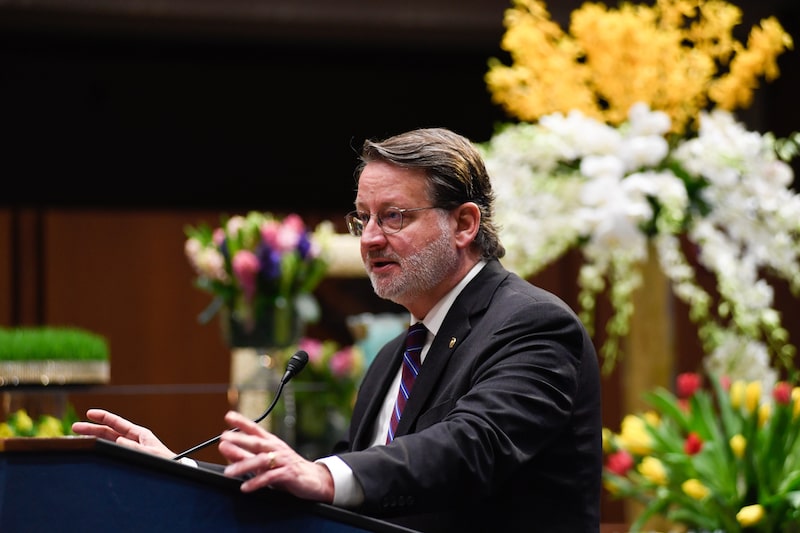 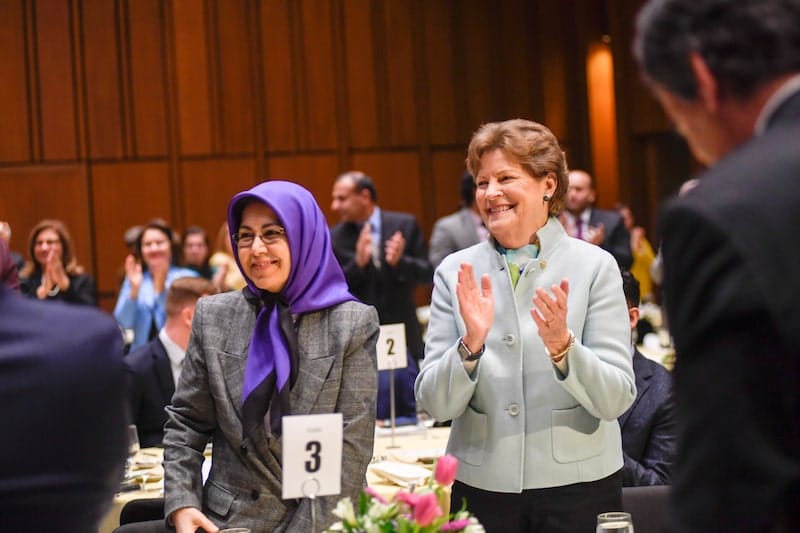 Senator Gary Peters (D-MI), Ranking Member of the Senate Homeland Security Committee, highlighted the many nefarious actions of the Iranian regime and said the people of Iran should have the opportunity to have their voice count, which he noted, “is very difficult with the current regime.” Mr. Peters said the regime has been directly responsible for mass execution of political prisoners, “It’s not just what this regime does around in the region, but for decades they have been directly responsible for mass executions of political prisoners, they violently suppressed peaceful protests, they have sham elections … As Americans, we believe that everybody should have the opportunity to stand up for liberty and to have those kinds of basic freedoms. The Senator added, The Iranian American community organization has been on the forefront since the day I came into Congress. I’ve had the opportunity to work with this organization. I cherish the relationship we’ve had. I know my predecessor, Carl Levin, also worked a great deal with this organization.”

Former Senator Joe Lieberman (I-CT) reminded the international community that the Iranian people are dying and Corona Virus is spreading globally because, “The Iranian regime hid the news about corona virus.” 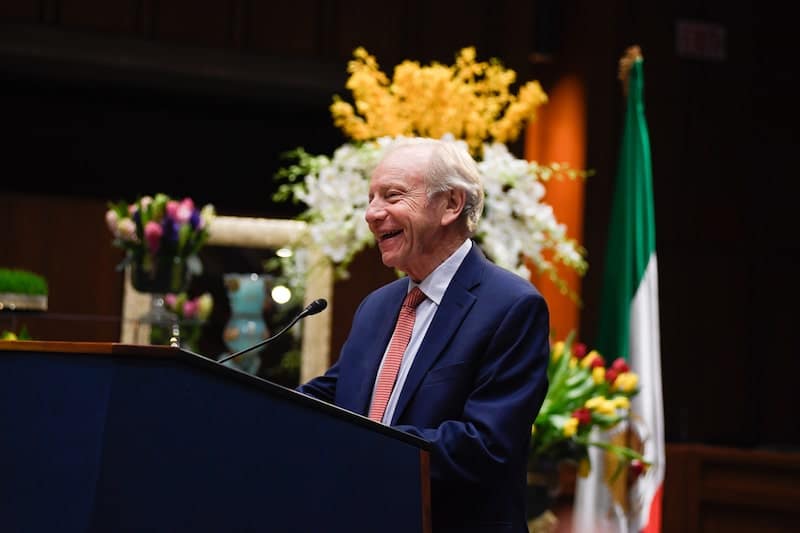 “And now the latest current Mrs. Maryam Rajavi, who spoke very clearly to the people of Iran, incidentally, in the campaign leading up to the elections, and pleaded with people not to vote because a vote would be a vote in favor of the Ayatollah, the Supreme Leader, of Rouhani and the clerical regime, and I think the people in Iran heard Mrs. Rajavi’s voice, and that’s one of the reasons they didn’t come out to vote.”

Regarding policy on Iran, Senator Lieberman added, “You can love President Trump for some things … He pulled us out of the JCPOA, which was a bad deal for America and a great deal for Iran, and didn’t really deprive them of their nuclear weapons program. He’s enacted this campaign of maximum economic pressure, which really is having an effect on all those changes occurring in Iran, and encouraging the people of Iran to assert themselves courageously for their own freedom and their economic opportunity…We have to say increasingly that really since this regime in Tehran will not change, we have to support a change of the regime in Iran by the people of Iran to finally exercise their own self-government.”

“And honestly, the people in this room can make it happen if we work together to finally bring about what we want, a new day in Iran, and not to listen to people who say, regime change will lead to chaos as it did in Syria or Libya or Yemen. Part of why it won’t lead to chaos is that Iran is the one who caused a lot of the chaos in those other countries. And part of the reason is that there is an alternative in Iran that’s ready to govern. And that is the National Council of Resistance in Iran, President Elect Mrs. Maryam Rajavi.”

Former Senator Kelly Ayotte (R-NH) reiterated the need for the U.S. to push for reinstatement of U.N. snapback sanctions on Iranian regime under U.N. Resolution 2231, and warned that a failure to act would allow the Ayatollahs to obtain sensitive technology and dangerous arms from global dealers or nations. “If the world does not push back,” Mrs. Ayotte said, “the arms embargo on Iran will be lifted and that means Iran can purchase tanks, purchase missiles from China and Russia.” She warned European nations that such an occurrence, “should be a deep concern to them.”

Senator Ayotte admired the Iranian protesters and said, “In the last few months, we’ve seen the Iranian people stand up for their rights, and we stand with them. They’ve taken to the streets. We’ve heard their chants: ’Death to Khomeini. Death to the murderer and his rule. His rule is null and void.’ And we agree. We know that people from all walks of life have participated in these protests and we stand with them.” She added, “Iran will know that we continue to watch and the world continues to watch.” Pointing at the will of Iranians, Mrs. Ayotte concluded, “This is a time where we have an opportunity to come together, to continue the maximum pressure campaign, to make sure that people have the right to regime change in Iran, and that they can live in freedom and prosperity.”

Ambassador Mitch Reiss highlighted a number of key takeaways from the event: First, Iranian people have unequivocally rejected the clerical regime. Second, there is a credible and capable alternative led by the NCRI that best describes the hopes and aspirations of the Iranian people. Lastly, he called on the U.S. to lead efforts to maintain comprehensive pressure on the regime. 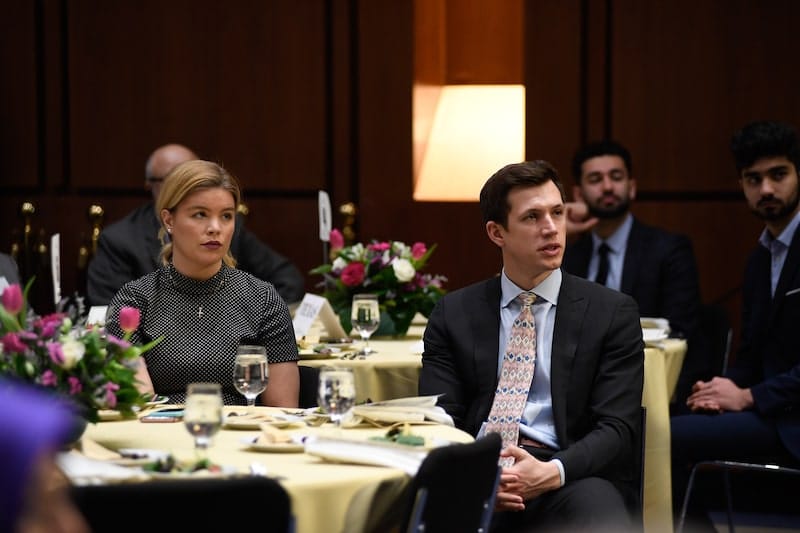 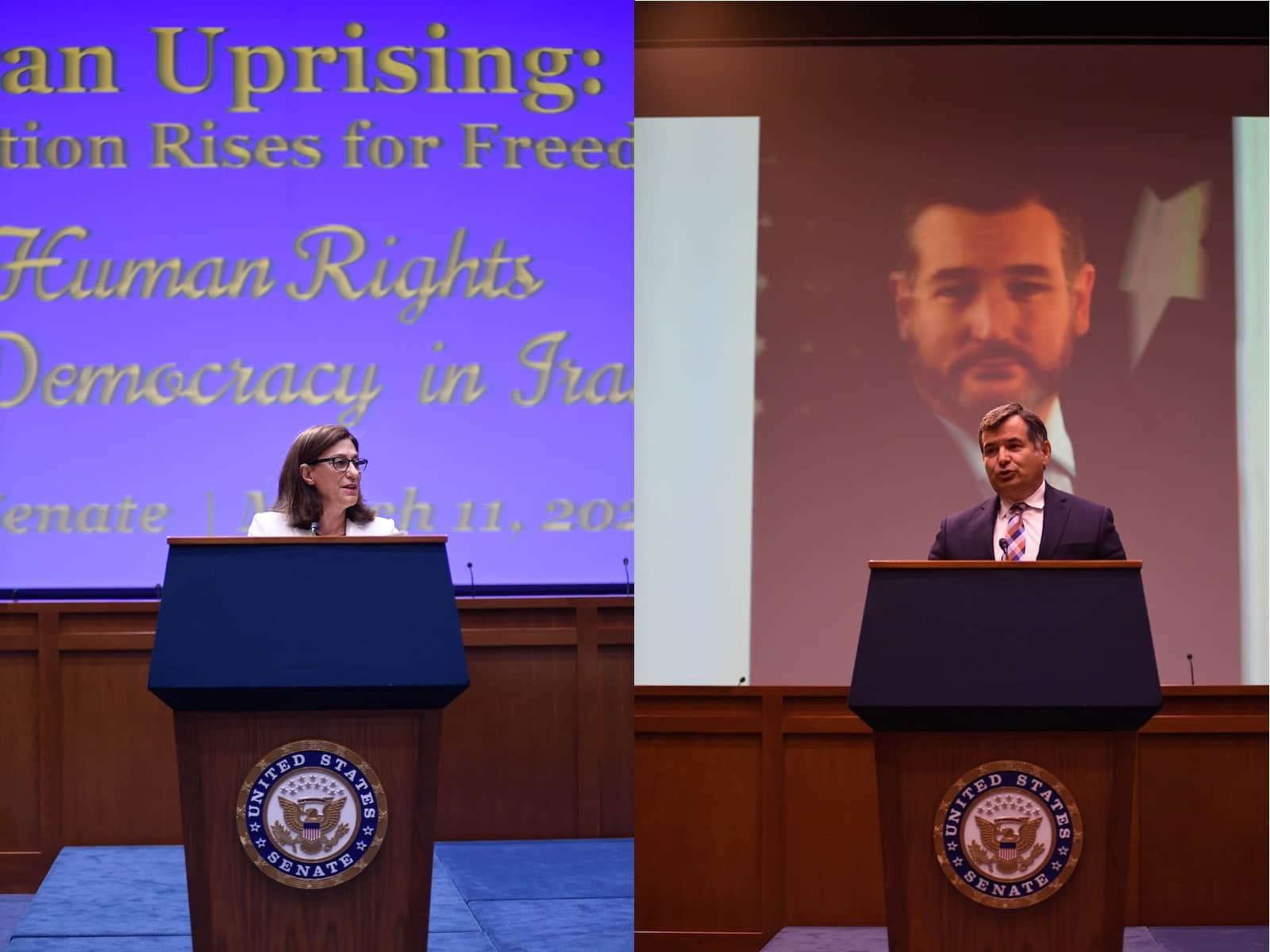