The second day of protests by the Iranian people and students continued in dozens of cities across the country despite massive presence of the State Security forces (SSF), the Revolutionary Guards (IRGC) and anti-riot units and their being on a state of full alert. The role of young women and female students was remarkable in the second day of protests.

In Tehran, Iranian people and students marched to the Freedom Square on the second day of protests, chanting, “The stupid leader is our disgrace” and “The IRGC commits crimes & the leader supports them!”

Students of Melli University (a.k.a. Beheshti) in Tehran held their protest with chants of “Death to the oppressor, be it the Shah or the Leader” and “Cannons, tanks and teargas are no longer effective.” This was a reference to the security forces’ attempt on the previous day to disperse them by firing tear gas. 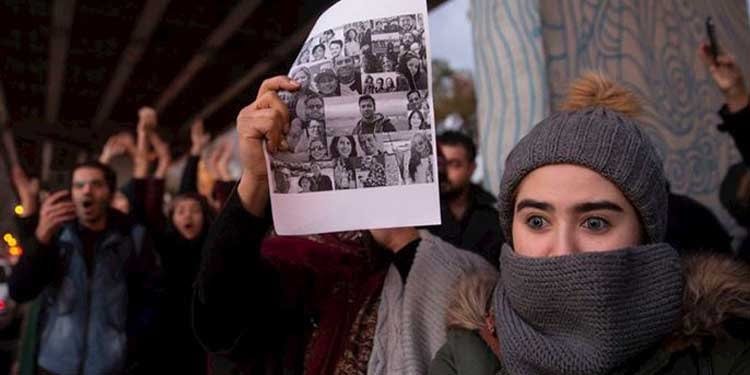 The students of Sharif Industrial University, Amir Kabir University and Allameh Tabatabaii continued their protests for the second day running.

In Isfahan, people gathered at the historic site of Sio-sepol Bridge and other places in the city, chanting, “Commander-in-chief of Armed Forces, resign, resign,” “They killed our elite and replaced them with mullahs,” and “Dictator, IRGC, you are our DAESH.” Security forces fired bird shots and used tear gas to disperse the crowd.

Students of the Industrial University of Isfahan chanted, “Students are aware, despise Khamenei,” “Used God as a ladder and brought people misery,” “Our enemy is right here, they lie saying it’s America.” 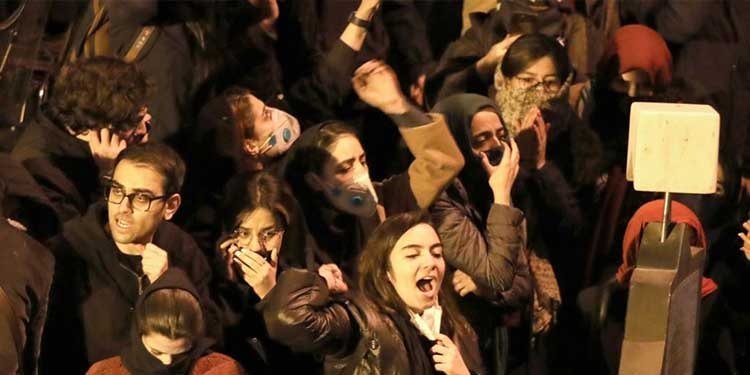 Students of Razi University of Kermanshah held their protest despite heavy presence of security forces.

Mrs. Maryam Rajavi, the President-elect of the National Council of Resistance of Iran (NCRI), hailed the arisen students in Tehran and other cities for taking to the streets for the second day. She said, with their slogans against Khamenei and the Revolutionary Guards, they displayed the demand of the Iranian people for the overthrow of the ruling religious dictatorship and the establishment of democracy and popular sovereignty in Iran.

Time has come for the international community to acknowledge the reality that the religious fascism ruling Iran does not represent the Iranian people, and recognize the national call for the overthrow of the mullahs, Mrs. Rajavi said.